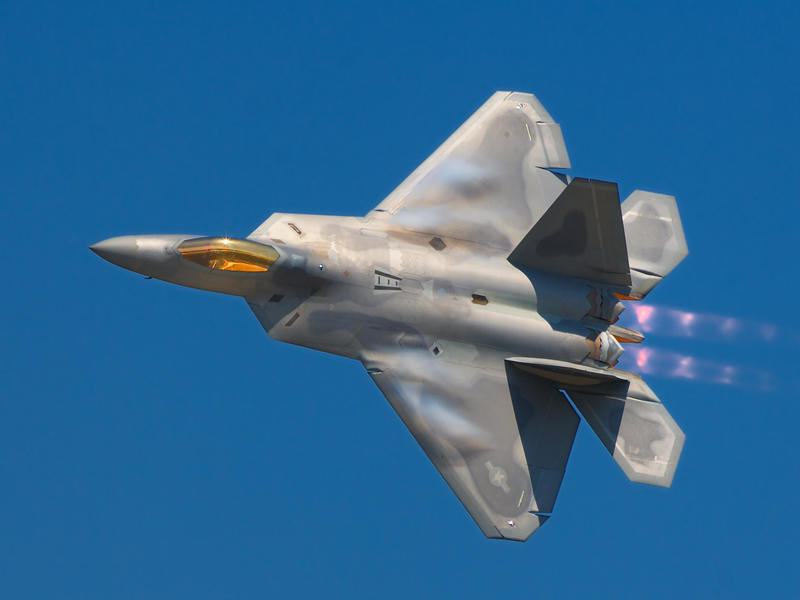 Conceived in the 1980’s, the fifth generation of United States fighter aircraft are still in production and slated to continue operating until 2030 and beyond. That isn’t slowing down defense companies in the U.S. and around the world who are anticipating a new era of aerial warfare, and what will be required of these airborne weapon systems to fight and win in the constantly evolving arena of airborne combat.

The most prominent fifth-generation fighter aircraft in the U.S. arsenal are the F-35 Lightning II and the F-22 Raptor, both developed by Lockheed Martin with several variants in use by the different military branches. Two of those branches, the Navy and the Air Force, are looking to develop sixth-generation fighters simultaneously in order to meet America’s defense requirements of the future.

The U.S. Navy version of their new fighter aircraft has been dubbed “Next Generation Air Dominance”. This program has several design requirements and will be built using an open architecture that is reconfigurable per mission parameters and can function as both a manned or unmanned weapon system. The Navy will require that this aircraft be able to dominate threats across the entire spectrum of anticipated missions, including land, air and sea. Originally slated to begin service in 2030, this program has incurred signifcant delays and will not meet that in service date.

Alternatively, the Air Force is in the process of developing an air superiority fighter that will heavily prioritize air superiority at the cost of combat effectiveness against land and sea based targets. Code-named “Penetrating Counter Air”, this program is in development to meet the airborne threats that the current generation of fighters, including the fifth-generation F-22, cannot. In addition to the aircraft itself, the Air Force program aims to improve all phases of potential air combat operations by improving the infrastructure that supports the aircraft, including logistics.

Both aircraft are expected to be able to operate in conjunction with the next level of unmanned, autonomous aerial vehicles, and to incorporate existing and future technology to provide the most robust and effective communication systems and weapon platforms.

The future of air combat is expected to be heavily shaped by the use of small, inexpensive but extremely lethal unmanned aerial vehicles, or UAV’s. These UAV’s have the potential to nullify technological innovation with sheer numbers and may one day be able to create enough battlefield confusion and operational loss that the expense of fielding very expensive next generation jets like the F-22 is no longer justified.

Because of this concern, sixth-generation U.S. fighters will likely be flexible and up-gradable in order to meet currently unknown air combat tactics that will reshape the airspace above the battlefield. However, like the current fleet of U.S. aviation assets, their operational and replacement cost in financial, resource and logistical expense remains very high at this time. These high price tags are attributable to the development and incorporation of the next generation of stealth technologies, AI based sensors, and software. Additionally, these programs are investing now in the future of cost saving procedures designed to mitigate logistical and operational costs across the entire program.

As technology continues is ever faster march forward, the U.S. and other countries will need to employ new thinking and partnerships to match the overwhelming number of low tech, legacy based unmanned aerial weapon platforms in this new and emerging arena of aerial combat. Cybersecurity education is one of the most important and worthwhile investments that any IT professional can make, no matter the stage of his or her career. By investing in the knowledge needed to obtain top industry certifications, students can provide employers and others with the proof that they are dedicated leaders in the constantly evolving world of cybersecurity.

As an educational investment, it is hard to find a better option than IT security training. The on-demand, self-paced training solutions that LearnTITAN provides have been developed with today’s modern professional in mind, and now include simulated live training environments in addition to traditional online training to further enhance our client’s knowledge and confidence.

Thank you for taking the time to explore our website and training options, and please get in touch with any questions about our learning solutions.

Learn on your schedule